It’s surprisingly funny how ignorant I was about melanoma back then.  I showed up to my initial surgery to remove my mole and surrounding tissue…with a pretty intense sunburn. Ahhhh, the irony…melanoma…sunburn…who knew they had a preexisting relationship?!?

To briefly update everyone on my summer of 2010, the initial surgery removed “Freddie” and about an inch of surrounding tissue in all directions. That mole was then biopsied and the results indicated the melanoma had grown beyond the ‘critical depth’, indicating a higher likelihood that the cancer would have spread to other places in my body. A second surgery was immediately scheduled to remove additional surrounding tissue and two sentinel lymph nodes (one in my groin and one in my armpit). A sentinel lymph node is the first (or closest) lymph node to which cancer cells are most likely to spread from a primary tumor (a.k.a. “Freddie”). Those lymph nodes were then biospied and in 2010 I was told that the lymph nodes showed no evidence of cancer.

My wife and I handled my 2010 diagnosis very differently. I don’t think it brought us closer together (unlike my 2016 version)…in fact, we kind of chose to dwell in our own sorrow and ignorance back then. My wife replaced every doorknob in the house, changing out the original (cheap) brass doorknobs for Venetian bronze. She also replaced (or repainted) all the light fixtures. She dealt with my melanoma by committing to home improvements, even putting her own life in jeopardy by climbing a ladder stacked on the dining room table. Not safe, honey. But to this day, the doorknobs and light fixtures do look better.

As for myself, I laid in bed for 14 hours a day and binge watched episodes of the television show Dexter. I somehow connected with the serial killer/blood spatter analyst played by actor Michael C. Hall. I had heard that he was recently diagnosed with cancer and for whatever reason that created a bond between us for a few weeks. Cancer has a way of connecting people in an instant…misery loves company, I guess. My wife and I dealt with my melanoma in two completely different ways and we didn’t communicate about what we were going through (physically, emotionally, spiritually). But that summer came and went…and for the next six years I was symptom free. Again, ignorant bliss.

I truly shouldn’t have been surprised by my diagnosis six years ago. Research indicates that even fewer than five sunburns in your youth can increase your risk of melanoma by 80% — I think I probably exceeded that number of sunburns during each month of my childhood. Do you remember the 1980’s…before Nintendo? Well kiddos, here’s a brief history lesson: during that decade children actually went outside to play. Like, all the time. We rode our bikes to the baseball card shop, played basketball in our driveways for hours, and before sundown we mastered the intricacies of ‘ghost in the graveyard’. I spent the majority of my childhood outside, baking in the sun…and I don’t remember using sunscreen. Ever. And even had I known better, I still wouldn’t have reapplied sunscreen every few hours as directed. Reflecting on my childhood, I truly am not surprised by my diagnosis six years ago.

But my blog is not about reviewing the pros and cons of my “sunscreenless” childhood. My goal for this post is to give other people facing their first melanoma diagnosis a little advice. My wife and I were ignorant about melanoma in 2010. Based on what we know about my condition in 2016, we would have done a few things differently.

Get Expert Opinions. Nothing against my family care physician, but when the word melanoma was first used I should have met a new doctor: an oncologist. I trusted my family doctor because, well, I didn’t know any better. Everything happened so fast…too fast. I think I was receiving news of my clear lymph nodes before I was even able to process what was happening. My doctor gave me a false sense of security…the recommendation was to get check-ups from a dermatologist every six months. In hindsight, we wish we would’ve gone to an oncologist and pursued a more aggressive follow up treatment. Interferon treatments were available…if it’s possible that we could’ve been more aggressive in 2010 and avoid what is happening in 2016, we would’ve done that in a heartbeat. Hindsight is 20/20…shoulda woulda coulda!

Don’t Google Stuff! It’s funny because in my professional life I’m as pro-Google as they come. Both in 2010 and 2016, the minute after I heard the diagnosis “melanoma” I went to the internet to do research. Both times, the first link I read posted horrendous statistics about survival rates. In 2010, days after receiving my diagnosis I remember sitting with my wife on the edge of my parent-in-laws’ pool. I had the next six months figured out (again, based on my Google research) and through a teary confession explained to my wife my rest-of-life intentions. My plan was to quit my job, buy an RV, and we were going to travel around the United States visiting National Parks. And I was serious. I had accepted impending death based on the first internet site I saw. How stupid is that? Just wait until someone else finds and shares appropriate/positive sites that use an optimistic mindset…there’s no need to be the first person to click on melanoma links.

Live Life. It’s easy to get caught up in the negativity of a medical (cancer) diagnosis. I sat on the edge of that pool, thinking my life was over…and that served absolutely no purpose. My wife and I both cried and I felt sorry for myself. I understand and support the notion that it’s okay to cry (even for guys), but you can’t live in that space for long. The truth is that we experience the dangers of society every day. No one is promised tomorrow…and dwelling on the diagnosis just wastes the positive moments you could be experiencing.

I’ve had six years to forget about the summer of 2010. And besides a few random memories, I hadn’t thought about melanoma at all between 2010 and 2016. About two months after getting the ‘all clear’ from my 2010 lymph node biopsy, my wife found out she was pregnant with Evelyn. You could only imagine the roller coaster of emotions we went through…the worst days of my life (at that time) quickly switched to the happiest experience. We quickly moved on from melanoma. Maybe we moved on too quickly. 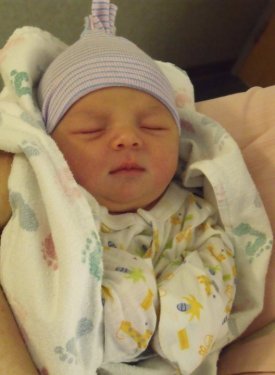 But that quote at the top of the page summarizes a common mindset between 2010 and 2016. The problem for cancer is that my wife and I are on the same page. I have a lot more reasons to fight. And in the last six years science has developed much better bats.

Batter Up…I intend to swing for the fences!

One thought on “July of 2010 — the Summer of Melanoma Ignorance”